Vignette Photography All Set for WPPI 2014


Vignette Photography All Set for WPPI 2014
October 2013
The father and son tandem Danny and Bogs Ignacio of Vignette Photography are not one to rest on their laurels. With Danny Ignacio's unbeatable experience in the local wedding industry (25 years and counting) and Bogs' award-winning innovations in wedding photography, one would think that either of them need not keep joining seminars or competitions.
Yet, year after year, Vignette Photography attends the Wedding Portrait Photographers International (WPPI) Conference & Expo in Las Vegas, Nevada, USA.

WPPP Photo of the Year 2008 by Danny Ignacio, Vignette Photography

WPPP Photo of the Year 2011 by Bogs Ignacio, Vignette Photography

Did you know?
WPPI's 33th annual Convention and Trade Show last March 2013 drew more than 13,000 attendees and more than 300 exhibitors to the MGM Grand Hotel in Las Vegas.
According to Sir Danny who is the founding member and previous president of theWedding and Portrait Photographers of the Philippines (WPPP), "part of Vignette Photography's commitment to its clients is to be kept abreast of new tools, trends, and techniques in wedding photography, not just from the local scene but more importantly from the international arena."
A visionary at such a young age, Bogs Ignacio, who became the youngest "Certified Wedding Photographer" (CWP WPPP) and WPPP "Photographer of the Year" in 2009, added, "how can a Filipino wedding photographer claim world-class service if he doesn't even know how wedding photography is done on the other side of the world?" Aside from learning new techniques and tools from the WPPI conference, Bogs also makes it a point to benchmark his skills against international competition by joining WPPI photo contests. 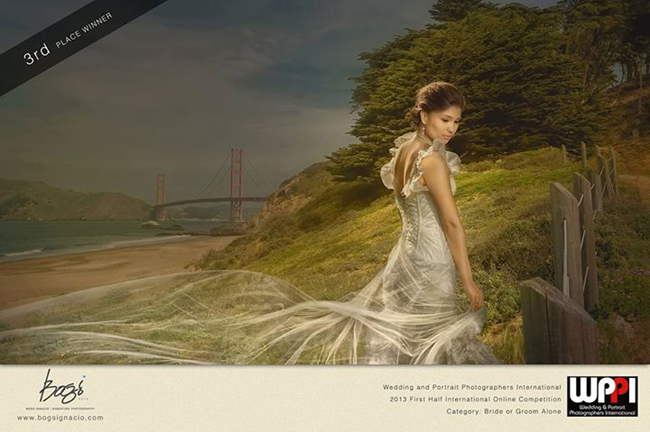 Both father and son are all set for the WPPI 2014 to be held on February 27- March 6, 2014. For couples who are interested to meet them for wedding coverage or book them for prenup shoots, contact Vignette Photography now through +63 918 991-0831, +63 922 855-6872, +63 925 805-1887 or email them through vignette@dannyignacio.com orbogs.ignacio@facebook.com.
To learn more of Vignette Photography's wedding packages and sample works, check out their websitewww.vignettephotography.com and their profile in Kasal.com: http://kasal.com/philippine-wedding/Wedding-Photographers/Vignette-Photography/L3655
Posted by Danny Ignacio at 1:30 AM No comments:

Vote for Vignette Photography as Kasal.com's Most Liked Wedding Supplier

To our valued clients, vote for Vignette Photography as Kasal.com's Most Liked Wedding Supplier:

He has more than 2 decades of experience under his belt. His international affiliations, numerous awards, and chairmanship of WPPP (the premiere wedding photography body in the Philippines) speaks of his skills and talent. Now, his son is closely following in his footsteps to ensure his legacy lives on.

Is your wedding photo by Danny Ignacio or Bogs Ignacio of Vignette Photography? LIKE their Kasal.com Page below and show your support to the amazing father and son photography tandem!
http://kasal.ph/philippine-wedding/Wedding-Photographers/Vignette-Photography/

In return, you might WIN a 3day/2night in Bohol Beach Club for you and your partner!
See below for the complete contest details:http://www.kasal.com/html/wedding-promo/promo-most-liked-wedding-supplier.html

Posted by Danny Ignacio at 6:00 AM No comments:

Photographer of the Week

In the field of photography, a number of talented father-and-son tandems can also be found. One duo that easily stands out is Danny Ignacio and son Bogs, both recent winners of “Photographer of the Year” tag given out by the Wedding and Portrait Photographers of the Philippines (WPPP). So recent and worth noticing that they won the title consecutively: in 2008 for Danny and last year for Bogs.

“I saw it coming,” said Danny of his son’s surprise win a year after he won the award, noting he felt his son had a chance to win it all after perennially placing high in the monthly contests of the prestigious wedding photographers’ club.

Danny’s eye is so sharp that he must have seen their back-to-back victories even before anyone got a picture of both of them savoring a rare feat. Danny’s son, to add color to what had been accomplished, is the youngest WPPP member to have received the award.

As everybody agrees, Bogs’ triumph is a reflection of how well he was nurtured as a lensman. Some kids are lucky to have talented dads from whom they can pattern their future. Bogs, a multimedia arts student from the College of St. Benilde, is not an exception. He is another case of the child inheriting his father’s talent and passion for something creative.

A holder of two engineering degrees called civil and sanitary, Danny was not the typical born-with-a-camera person. He was in a different career path serving as the project evaluation officer of a national government company in the late ‘80s. In what was then an instant major decision, he suddenly shifted gears and went to photography. Thanks to an intense interest in capturing images.

A man of few words and would rather talk through his pictures, Danny uttered, “Photography for me is a passion, much more a living.”

Danny specializes in wedding that for many years now, he has been freezing unforgettable moments and poses of people who decide spending the rest of their lives together. His shots combine the romantic touch of human love and the beautiful world outside that complements it.

Danny’s rise in the field was timely as the community needed at that time something like WPPP – to bring wedding photographers together and promote and foster their goals and programs. He ended up becoming a founding member of the group. He was so eligible that even the international community hailed his portfolio, qualifying him to become a member of WPPI (Wedding and Portrait Photographers International) in the U.S.

Danny is a Pinoy pride who earns the distinction (to date) of being the only Filipino photographer accredited as full member of the highly regarded Australian Institute of Professional Photography (AIPP).

At present, he is a resident lensman for some of the country’s first-class party venues, namely, Diamond Hotel, One Esplanade, Ilustrado Gardens, City Garden Hotel, Ibarra’s Garden, Plaza Ibarra, and Patio Ibarra.

That’s the extent of how well-reputed Danny is, having earned the respect of people running high-end places. The credentials speak much and the photos always in salute of his track record.

Judged by international photographers, Danny took another back-to-back success by claiming WPPP’s “Photo of the Year” submissions in 2007 and 2008. When asked about his key to winning, he shares, “Don’t compete with others, just with yourself.”

His titles and winnings truly deserve someone as skilled as he is, especially with the realization that he did more than just producing good photos. He has practically revolutionized the industry by introducing the digital infrared to wedding photography.

Danny concludes with his mind turned on to photography, “It’s a continuous learning. Always put in your mind that your skill must be better today than yesterday.” 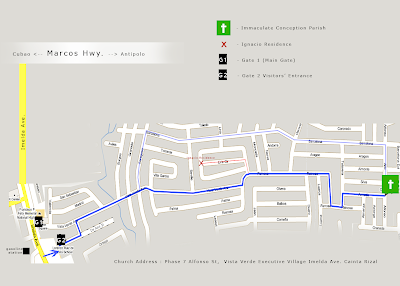 Posted by Danny Ignacio at 5:55 PM No comments:

Bogs Ignacio was awarded as the Wedding and Portrait Photographers of the Philippines (WPPP) Photographer of the Year 2009 and bagged the 1st, 2nd and 4th runner-up rank in the Photo of the Year 2009 category. Congratulations also to Chairman Danny Ignacio for another successful Photo Congress. 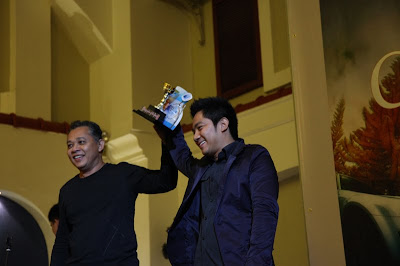 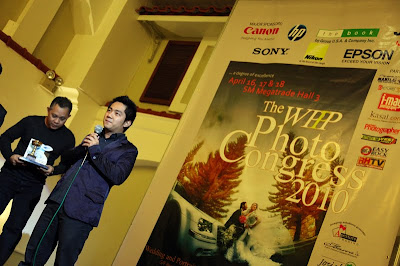 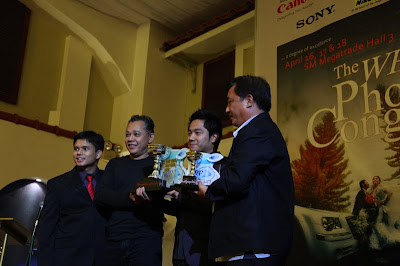 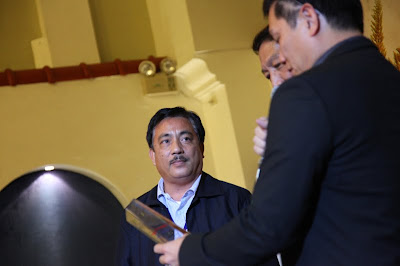 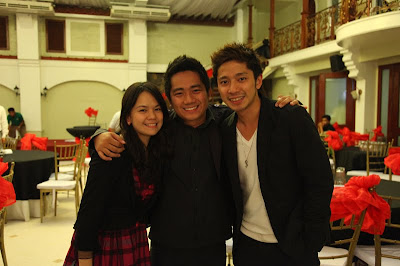 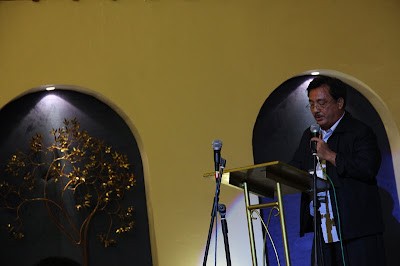 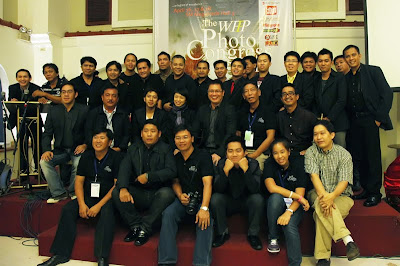 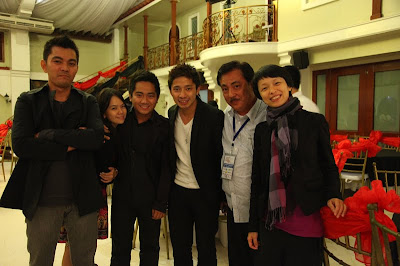 Posted by Danny Ignacio at 7:41 AM No comments:

Here are some photos from our upcoming IR album vol.2! 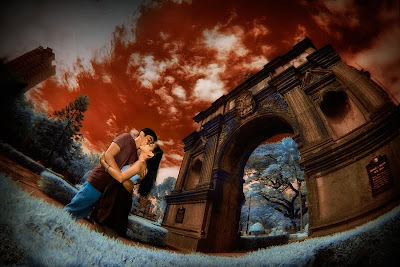 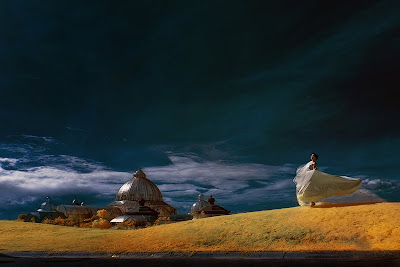 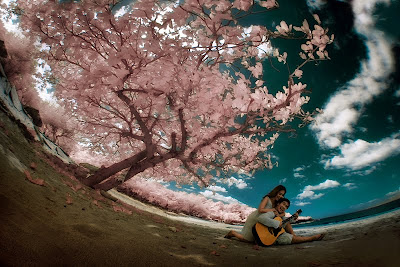 all images by Bogs Ignacio

Posted by Danny Ignacio at 5:27 AM No comments: 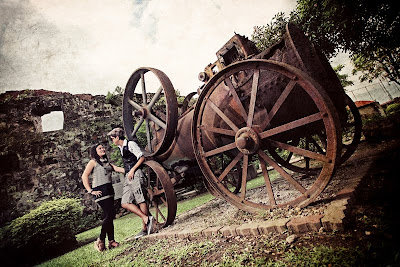 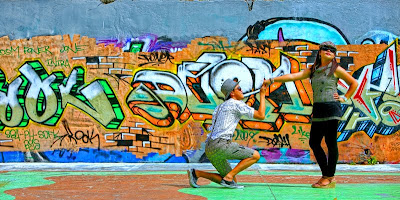 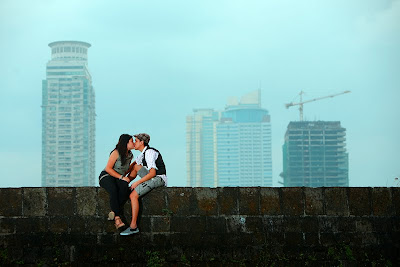 all images by Bogs Ignacio
Posted by Danny Ignacio at 5:05 AM No comments: 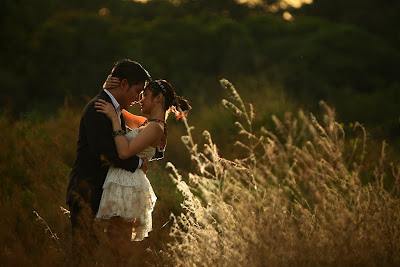 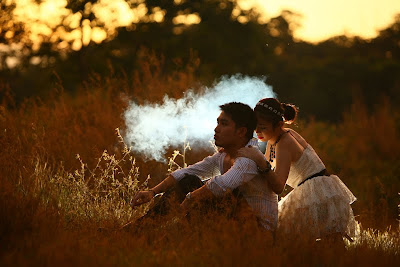 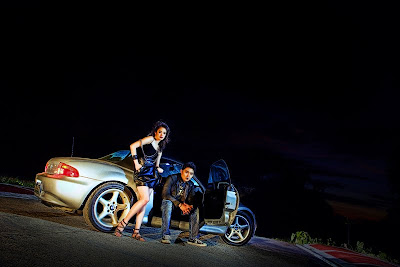 all images by Bogs Ignacio
Posted by Danny Ignacio at 5:00 AM No comments: